Sarah Rubio Amaya July 8, 2022 — 9 minutes read
🧠
Welcome to this week’s edition of 5 Things Friday, a weekly roundup of random interesting things culled from the internet and my brain.

This week I present to you...

5/ These thoughts on our modern myth-makers' treatment of witches.

I'm not sure if you give a shit about Marvel movies. It's very possible that you don't care about them.

I watch Marvel movies because I enjoy superhero stories (I'm a sucker for "chosen one," "secret identity," and "found family" tropes) and I like fantasy and science fiction. Even if I'm disappointed by most MCU installments, I keep watching because I'm always hoping that they'll be better than they are.

I also watch because I know that most of the Western world is lacking in myths. And in the place of substantial myths to tell ourselves, we latch on to what brands tell us, and Marvel is indeed a brand. For better or worse, these broad stories splash across global screens, seeping into our public consciousness and filling all the cracks and divots in our subconscious where primal tales like to reside.

I didn't expect much from the latest Marvel movie, Doctor Strange in the Multiverse of Madness, because everything about Doctor Strange grates on me (the Orientalism, the depiction of a cold lack of empathy as "cool"), but Disney outdid themselves this time. (Skip ahead if you want to avoid light spoilers.)

In her article "Doctor Strange and the Insidious Misogyny of the MCU," Lacy Baugher Milas writes:

...no single female character’s treatment can compete with what Wanda has endured, simply because she has been going through it for the better part of a decade now...she’s constantly being punished for powers she doesn’t entirely understand and never asked for. She’s forced to kill the love of her life not just once but twice during Avengers: Infinity War in the name of saving the world from Thanos. Her reward? Getting blipped out of existence for five years, and none of her alleged friends can even be bothered to call her afterward.

...by the time Doctor Strange in the Multiverse of Madness rolls around, all that nuance is out the window. Gone is that layered, complex Wanda. In her place is simply a witch: A scheming, manipulative, murderous archetype who’s suddenly monstrous instead of sympathetic, who seeks to replace her lost children by stealing another woman’s.

“You break the rules and become a hero. I do it and I become the enemy. That doesn’t seem fair,” Wanda says at the beginning of the film, and the problem is that Doctor Strange in the Multiverse of Madness never really makes a convincing case that she’s wrong, instead simply choosing to rewrite her character as an unstoppable Terminator-esque killing machine, powerful and violent in a way that uncomfortably mirrors many of the tropes surrounding the idea of “female hysteria.” (Sigmund Freud would be proud!)

While all of Wanda’s decisions in WandaVision stem from the fact that she was desperate for a family, Multiverse of Madness twists her maternal instinct into a chaotic and dangerous weapon, essentially reducing her to a one-note supervillain defined almost solely by her desire to find some version—any version—of her sons. She’s not terribly picky about which, and she also doesn’t care about what their loss will mean for the Wanda she’ll have to take them from.

The MCU has always had something of an uncomfortably gendered view when it comes to Wanda’s powers, one that’s made even more explicit when you compare and contrast her treatment with that of Doctor Strange. She’s emotional and unstable, he’s calm and rational. His ability to suppress his feelings is something the story seems to view as weirdly aspirational, rather than sad. Wanda’s immense powers automatically render her dangerous and untrustworthy, while Strange’s powers mean he is seen as a strong and capable leader no matter what mistakes he makes.

I mean, Stephen Strange commits every single sin he accuses Wanda of in this movie and is still offered a chance at redemption...The only consequence he’s had to face is that one (1) man was rude to him at a public event one (1) time.

And in her piece "There Is Hell, and Then There Is Doctor Strange in the Multiverse of Madness," Angelica Jade Bastién writes:

How can I not raise my eyebrow at the casting of America Chavez, who has predominantly read as Afro-Latina in comics? How can I not notice that the Zombie Doctor Strange has less frisson than Billy Butcherson’s mangled corpse in Hocus Pocus? Doctor Strange 2 is too keenly aware fans don’t need much to cheer at these wretched undertakings. These are corporate installments for shareholders rather than, you know, actual films. This is perhaps how we arrive at screenwriter Michael Waldron’s utterly sexist conception of Wanda.

Marvel is cunning in how it projects the appearance of meaningful representation in its stories, whether it be the totemic royalty of Black Panther or the glimmer of queer folks in Eternals. If they’re doing white women so dirty, how can the rest of us expect any better?

Discussing Marvel films, and now TV shows, has come to feel like commenting on business decisions rather than artistic ones. The superhero juggernaut shows no signs of slowing down as it balloons in ways that force audiences to subscribe to Disney+ to understand the full litany of connections across its characters and worlds. It’s information gluttony. Yet audiences have been trained to subsist on scraps of diversity, of joy, of appropriately attuned bombast...Doctor Strange in the Multiverse of Madness feels like a bridge to further stories rather than a work that stands on its own.

4/ This show that decenters white men.

If you'd like a refreshing departure from the Marvel Universe, I suggest you check out Rutherford Falls. (Yes it's streaming on Peacock, but it's totally worth the $5, and while you're at it, go watch We Are Lady Parts too.)

It's one of a handful of series that I constantly recommend to people because it's so precious and rare and I want it to survive.

While the first season focused more on Nathan's own reckoning with the sins of his forebears, and his ensuing crisis of white guilt, the latest season features Nathan talking about "decentering himself," and in satisfyingly meta fashion, the show decenters him too. This gives more screentime to Reagan, her relationships, and her life within the Minishonka Nation. It also frees up space for a strong B plot featuring a non-binary POC character and their run for mayor.

Bottom line: I highly recommend it, and I hope it's protected at all costs. 🥲

3/ This word for climate grief.

Speaking of decentering whiteness / centering Native perspectives, this multilayered piece by Elham Shabahat unpacks the term solastalgia, "the homesickness you feel when you are still at home, while all around you, your home environment is being desolated in ways you cannot control."

"While solastalgia can encompass some of the nuances of emotions related to environmental loss," she writes, "it may still miss the specificities and subtleties of Indigenous peoples’ experiences."

I decided to do a bit of bibliomancy this week to see if I was drawn to a particular book—and a particular page of that book—in order to spark something that I was meant to share with you.

I was magnetized to the book "Pluto: The Evolutionary Journey of the Soul, Volume 1," and this page in particular:

This astrology book is a bit dated (it was published in 1985), and it's interesting to see how the US's perspective of itself has changed since then.

This country is currently going through its Pluto return: Pluto has returned to the same sign and the same degree it was in when the US was born over 200 years ago.

This is an epic and fearsome transit, and it's no surprise that whole country has been shaken up in the years leading up to it.

With Pluto in Capricorn and in the second house, we are undergoing a crisis of resources and values as the foundations of capitalism start to crack and crumble. Many Americans have come to adjust their view of our place in the world, not seeing ourselves as liberators and strivers and heroes, but rather as implicated in the destruction of our planet.

Pluto is retrograding, moving back over the degree of America's natal Pluto placement, and it will exit this degree in early 2023. Til then, be prepared for continued power struggles and reckonings that will reverberate for years to come.

Okay I realize this has been a heavy installment of what is normally supposed to be a fun and wacky Friday newsletter. Just to change things up and end on a lighter note, I want to share with you one of the more delightful corners of the internet: Jelle's Marble Runs.

There is something so pure about watching marbles race down a lovingly crafted track, anthropomorphizing them as passionate athletes, and hearing a man narrate their endeavors with the utmost sincerity, and I hope you enjoy it just as much as I do.

🔮
A reminder that I still have spots available for 1:1 appointments throughout this month!
Share this post
The link has been copied! 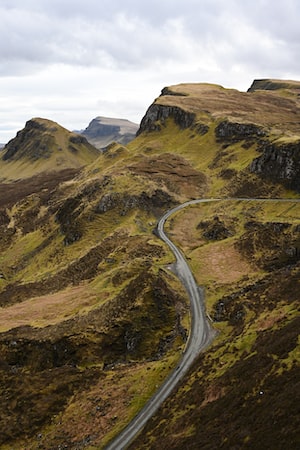 
Play is Sacred: A Channeled Message from Hermes 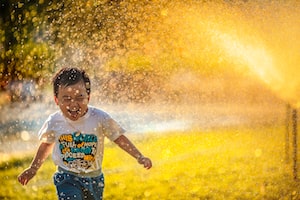 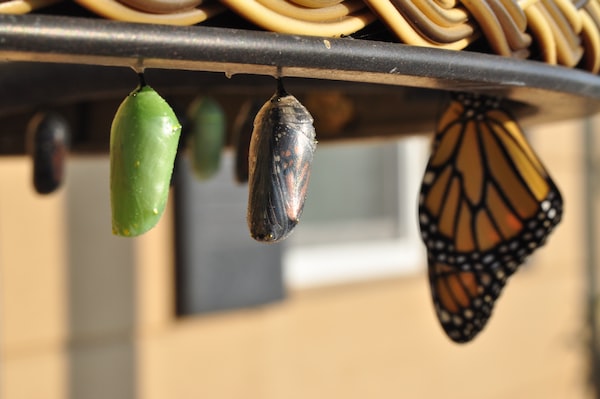 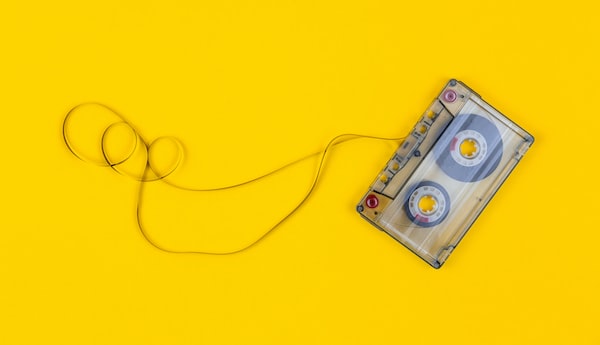 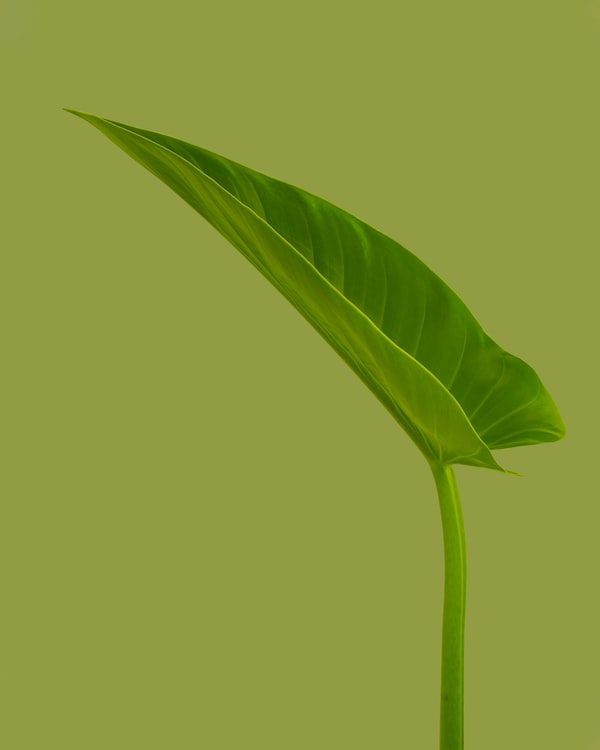 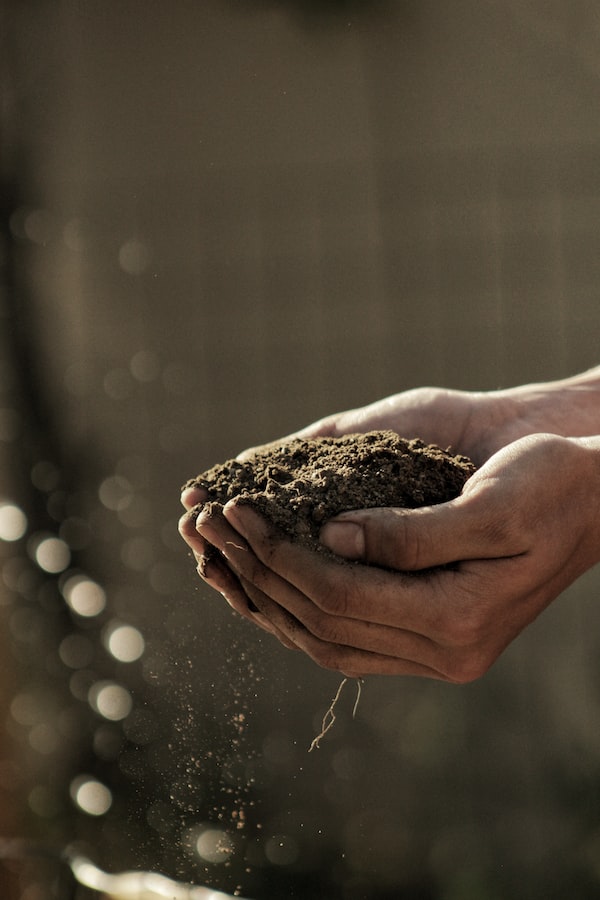